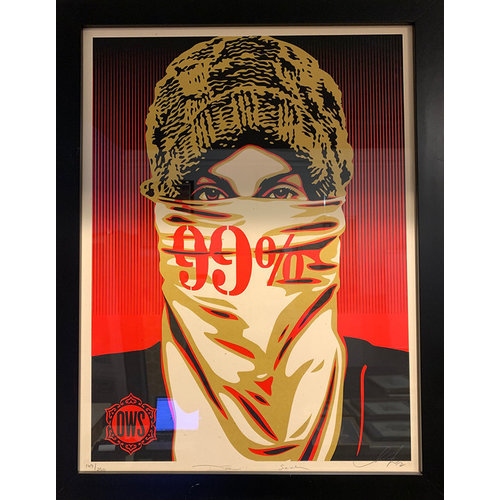 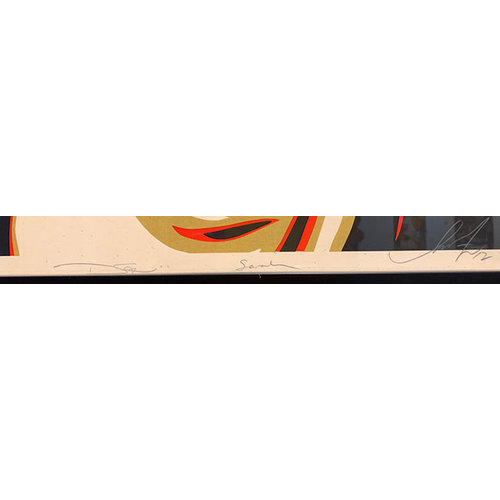 This powerful 2012 silkscreen print by Shepard Fairey is titled Occupy Protester. It is signed in pencil by Shepard Fairey, by the protester Sarah Mason (pictured), and by the photographer Ted Soqui It is number 169 out of an edition of 250.

In the bottom left corner is a medallion with the letters OWS, which stands for Occupy Wall Street.  This refers to the 2011 protest movement that began in New York City's Wall Street financial district in 2011 and spread across the country. The protesters were calling attention to the entrenched disparities in income and wealth in the United States that left 99% of the population with no hope of ever achieving economic prosperity.

Time Magazine's person of the year in 2011 was The Protester, and this print by Shepard Fairey was on the magazine's cover. 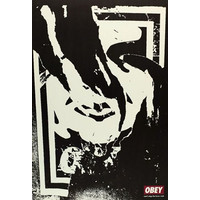 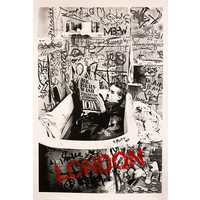 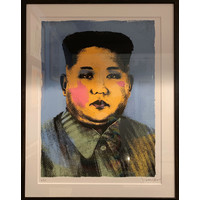