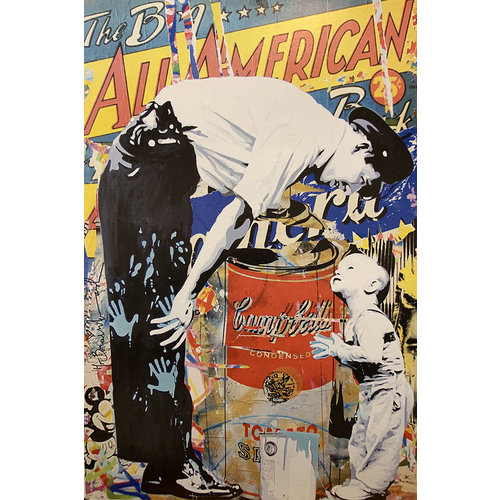 What is the policeman telling this little boy with his hands covered in light baby blue paint that touched the policeman’s pant legs?  And why did none of that blue paint from the opened can go anywhere else?  This “All American” poster by Mr. Brainwash hearkens back to the 1950s/1960s, with the enlarged Campbell soup can resembling one of Warhol’s soup cans and the text covered with strips and splashes of color.

“Mr. Brainwash” is the name adopted by street artist Thierry Guetta (b. 1966). Using his signature Pop Art style, Mr. Brainwash mixes his art with social commentary and blends images of famous people of the past with cultural symbols of today. His often subversive style is frequently humorous and sometimes has a lighthearted, almost prankish, tone, as reflected in his choice of "Mr. Brainwash" as his professional name.  Along with Banksy and Shepard Fairey, Mr. Brainwash has risen to prominence as one of the most famous contemporary street artists of today.  French-born, Mr. Brainwash is based in Los Angeles, with exhibits of his work displayed throughout the world. 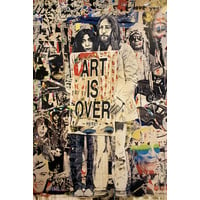 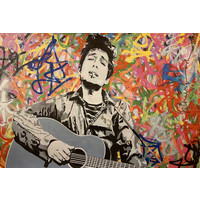 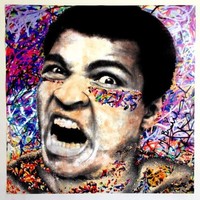 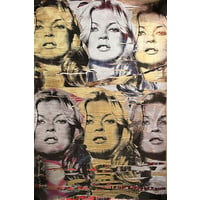