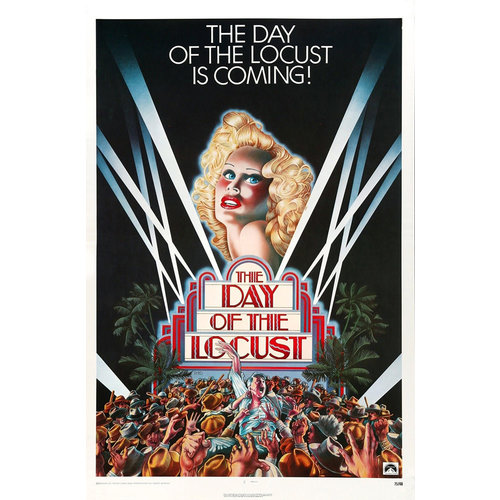 DAY OF THE LOCUST MOVIE POSTER

This is an original first printing (copyright 1974) of a poster promoting the film The Day of the Locust which was released in 1975. Based on author Nathanael West’s 1939 novel of the same name, the film chronicles the despair of individuals whose dreams of achieving fame and fortune in Hollywood were never realized.

Prominent artist/graphic designer David Edward Byrd, who designed this poster, dramatically captures the theme of the movie, drawing a sharp contrast between the beautiful, sexy blonde star (played by Karen Black in the film) who is illuminated in the spotlights, and the throng of disillusioned workers swarming (like locusts) below her.  At the top of the poster is a clever wordplay: “The Day of the Locust is Coming.”  Byrd obviously means the film, but is this all?

This standout poster captures not only the essence of the film but also the essence of the Hollywood experiences (good and bad) of those seeking fame and fortune in film. It makes a great addition to every eclectic collection of film posters. 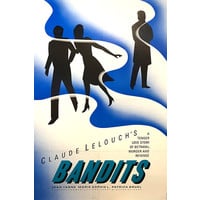 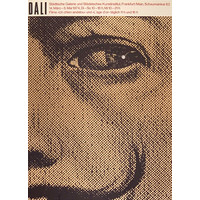