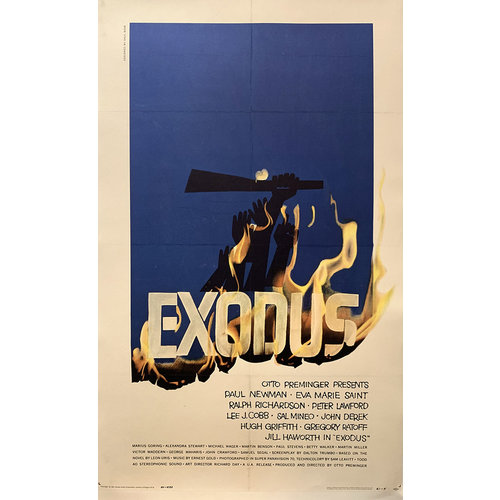 This dramatic 1960 poster is an advertisement for the movie Exodus which tells the story of Israel’s independence.  Based on the book by Leon Uris, this epic film was directed by famed director Otto Preminger and starred Paul Newman. The poster design by Saul Bass portrays one scene in this struggle for independence.

This riveting poster belongs in every vintage film poster collection. 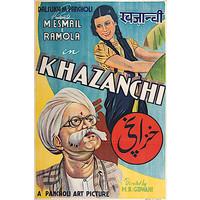 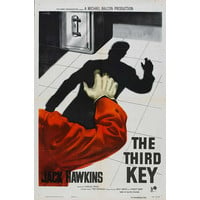