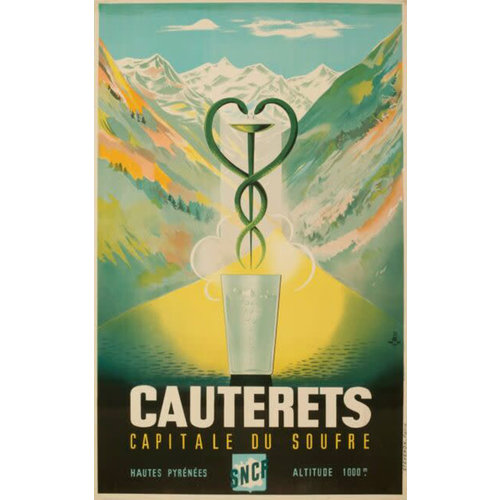 A shimmering glass of bubbling water appears in the center of this poster, suspended before a golden mountain top.  Out of the bubbly cloud rising from the glass emerge two serpents which resemble the serpents in symbols associated with health and medicine in early Greek and Roman times:  the caduceus (two serpents winding around a winged staff) and the rod of Asclepius (a single serpent winding around a staff).

Beneath this lovely, magical mountain scene, the name Cauterets appears in bold white print. Located in southwest France in the Pyrenees Mountains, not very far from Lourdes, the town of Cauterets is known for its many thermal springs and its sparkling mineral water which are reputed to have therapeutic benefits. Cauterets is also a popular ski destination, but this poster, printed by France’s national railway company SNCF, promotes the town as a spa destination.

This magical poster will bring a light all its own to wherever it is placed, whether in a spa itself or a living room, bedroom, bathroom or exercise room. 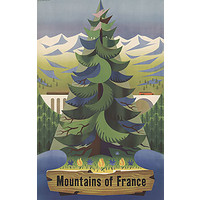 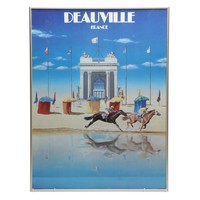 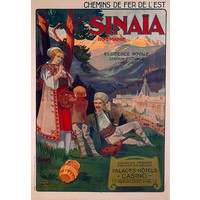 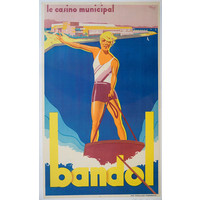