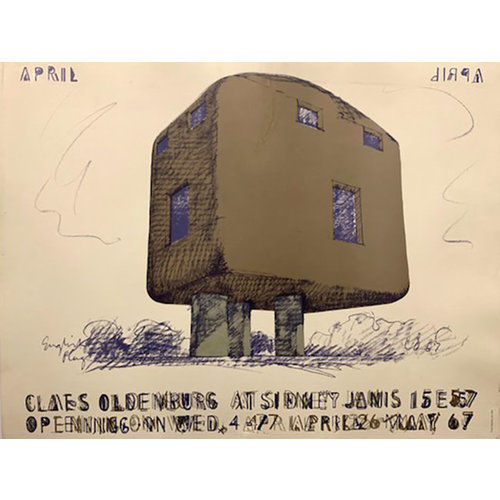 BUILDING IN THE FORM OF PLUG CLAES OLDENBURG POSTER

This drawing by Claes Oldenburg titled Building in the Form of an English Extension Plug was the exhibition poster for the 1967 Oldenburg show at the Sidney Janis Gallery in NYC.  It’s a drawing of a gigantic English extension plug standing on its three prongs, expanded in scale so that it has become the size of, and could function as, a building.

In the 1960s he created soft sculptures with canvas and vinyl, making cartoon versions of everyday objects such as Two Hamburgers and Toilet.  Continuing his fascination with ordinary items as sculpture, he took small objects and made them gigantic, thereby stripping them of their utility. This drawing of a gigantic electrical plug turned into a building (which was never built) reflects this fascination.

His work, often whimsical, has ranged from drawings and paintings to public sculptures, both mini and monumental.

Check out the other interesting posters by Claes Oldenburg which we offer. 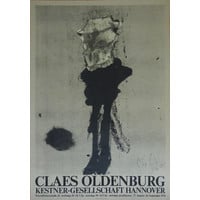