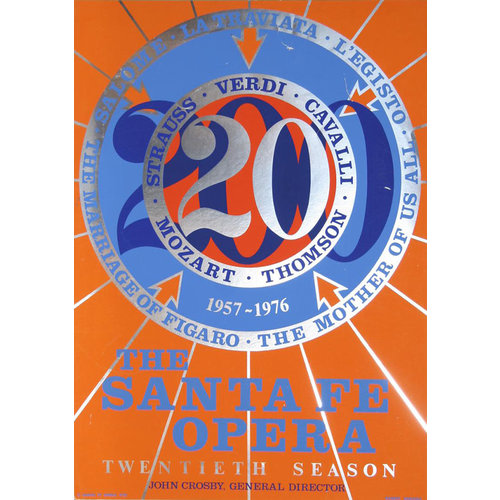 This striking silkscreen on foil was created by famed artist Robert Indiana in 1976 for the Santa Fe Opera's celebration of twenty years (1957-1976) of performances.

Acknowledged as a prominent figure in the Pop Art movement, Indiana thought of himself as an American painter of signs, as his bold, graphic style was inspired by billboards and other commercial signs.  He frequently incorporated short words from signs into his paintings, prints and sculptures, and this poster is a wonderful example of how he worked his craft.  In the center of the poster is what resembles a medallion, with the number 20 in the middle surrounded by two rings listing the operas produced during those twenty years. Arrows point to the center and lines stream out.

The lovely gradations of blues and silver contrast beautifully with the orange background and create a visually stunning look.

Indiana is best known for his “LOVE” series of prints and sculptures, first produced in the 1960s. His two-row graphic of the word, with its tilted "O," is one of the most recognizable works of modern art in the world. The original LOVE sculpture is located at the Indianapolis Museum of Art, but his work is represented in the collections of numerous major museums and institutions, and versions of his outdoor LOVE  sculptures are seen in cities worldwide.

Robert Indiana (1928-2018), born Robert Clark, grew up in Indiana in a family that moved around frequently from town to town in Indiana.  He took “Indiana” as his last name in recognition of his home state. 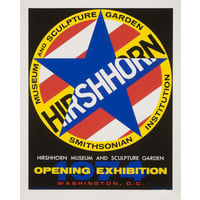 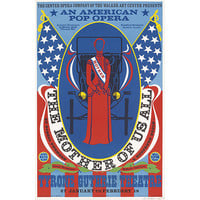 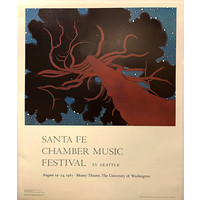 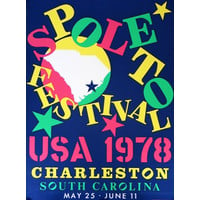