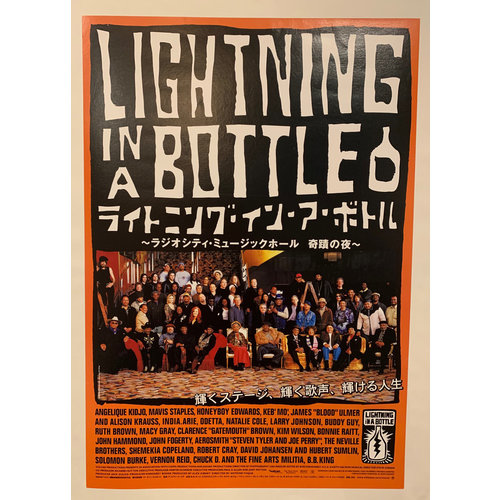 LIGHTNING IN A BOTTLE POSTER

More than fifty prominent musicians, including Clarence "Gatemouth" Brown, Buddy Guy and Soloman Burke, gathered in 2004 for a performance at Radio City Music Hall in New York City to celebrate the 100th anniversary of the Blues. A documentary film was made from this concert. Titled ”Lightning in a Bottle,” it was directed by Antoine Fuqua.

This 2005 poster was made to publicize the film’s showing in Japan.  The Japanese characters below the poster's title and above the photo translate as: "Lightning in a Bottle" (first line) and "Radio City Music Hall - Miracle Evening" (second line).

If you love the Blues, you need this historic poster! 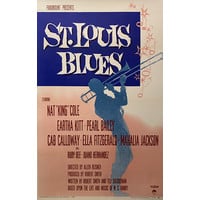