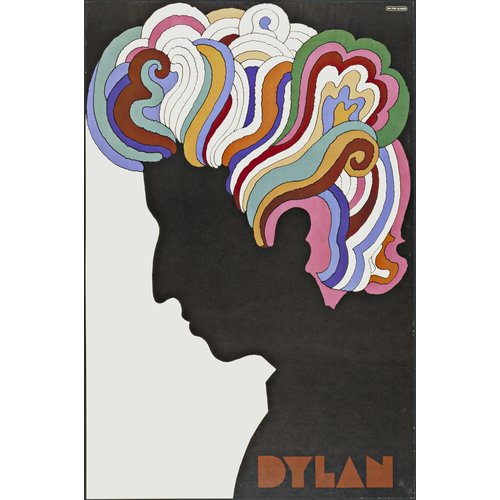 Designed by Milton Glaser, this original lithographic poster of Bob Dylan was included with Dylan's "Greatest Hits" album when it was released on vinyl in 1967. If you examine this poster carefully, you can see that he has hidden the word "ELVIS" in the lines of Dylan's hair.

Looking at this poster, you can confidently say that it was created in the 1960s because of the wild, vividly colored fluorescent strands of hair swirling around Dylan's face which reflect the psychedelic art of that era. The dramatic black silhouette of his face against the white background make his psychedelic hair (the only color in the poster) stand out as the focal point.

Milton Glaser (1929-2020) was an American graphic designer whose prolific works include not only this famous and iconic poster but also the I ❤ NY logo and the logos for DC Comics and Brooklyn Brewery.  He was the first graphic designer to receive the National Medal of the Arts Award, which was bestowed on him by President Obama in 2009.

For all who love Dylan and the psychedelic-inspired art of the 1960s, this is a very unique poster and a very fun one to own and display. 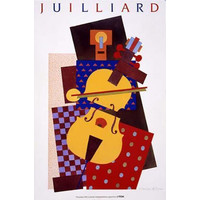