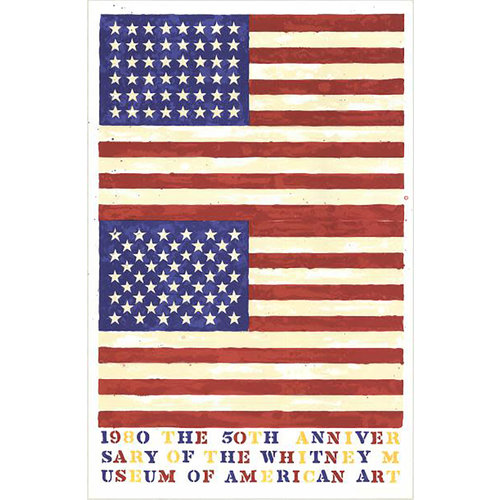 This 1980 original poster titled “Double Flags” by Jasper Johns shows prints of two American flags arranged horizontally, one above the other. While the two flags are similar, variations are apparent on closer observation, which adds to the visual interest of the artwork.  Asked why he portrayed well-known objects such as flags, Johns is quoted as saying that these were objects “seen but not looked at…”

Jasper Johns, Jr. (b. 1930) began drawing American flags in 1954, when he was 24 years old.  He’s portrayed these flags in various media, sizes, colors and groupings.  His flag paintings and prints, along with other works, have made Johns famous, and he is considered one of the most important American artists of the 20th century.  He is also one of the best-selling contemporary artists of all time, as his art appeals both to art connoisseurs and to the general public.  His works are owned and displayed by museums, private galleries and individuals.

Celebrating the 50th Anniversary of the Whitney Museum of American Art in New York City, this poster was printed in collaboration with the Whitney.  Only 5,000 were produced in a limited edition run. 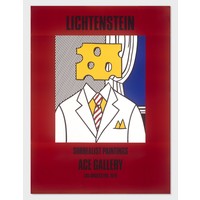