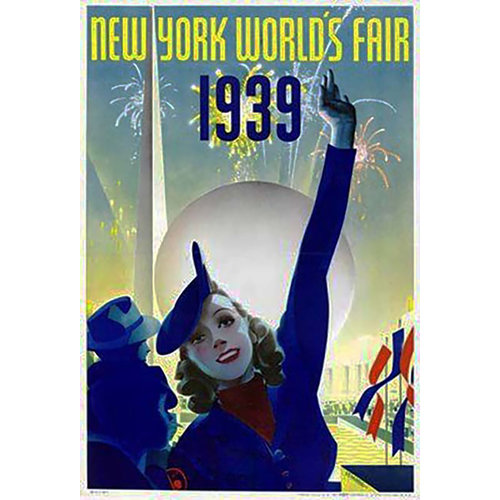 This poster is one of a series designed for the 1939 New York World’s Fair.  Whereas other posters promoting the fair feature the World of Tomorrow (one of the fair’s themes), this poster is a personal invitation to visit today.  In the foreground is a lovely young woman wearing a perky hat and a blue fair guide uniform with an orange emblem (the fair’s colors) on her sleeve.  Her broad smile is inviting, and her left arm is held high as if she is hailing a friend she sees in the crowd.

In the background, which is bathed in light, are scenes from the fair: the Perisphere (the enormous sphere) and the Trylon (the tall spire) which are the fair’s most iconic images; exposition buildings; and of course flags and fireworks.  It’s a celebration and all are invited!

The fair opened in April of 1939. The Great Depression was waning, and World War II had not yet begun.  When Germany invaded Poland five months later in September 1939, triggering the start of WWII in Europe, the fair continued but many exhibits were affected, especially those on display in the pavilions of countries under Axis occupation.

Albert Staehle (1899-1974), who designed this poster, was born in Munich in 1899 and emigrated to the US when he was 14.  As a commercial artist, he is best remembered as the creator of the original Smokey the Bear in 1944 for a fire prevention campaign by the US Forest Service.  He also designed over twenty-five covers for the Saturday Evening Post.

This happy poster capturing a moment in our country's history when we're celebrating the present and the future while facing a world on the brink of war is notable for many reasons.  It belongs in your collection.

Condition: A-  Fold marks in center. 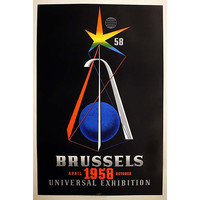 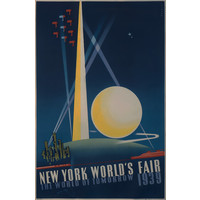 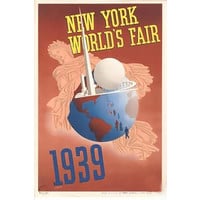