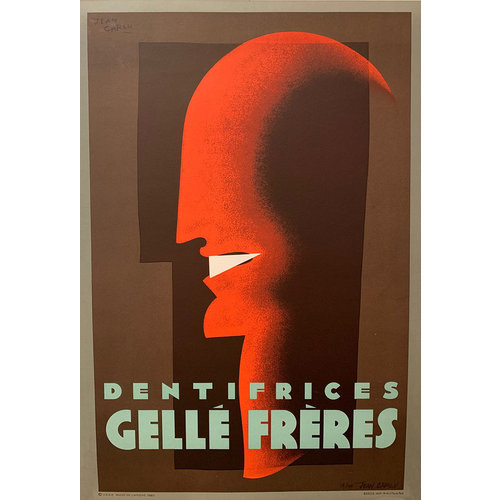 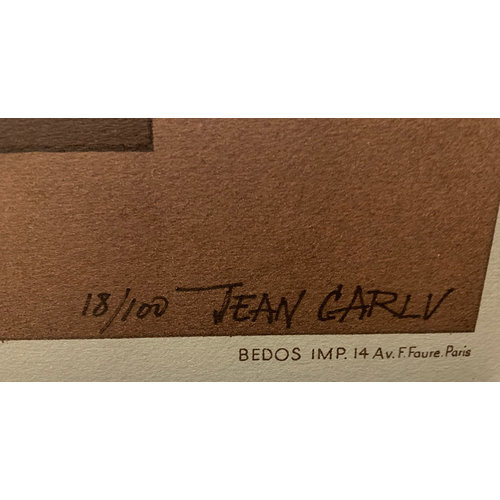 Artist Jean Carlu designed this stunning poster in 1927. Now considered a masterpiece, it has received critical acclaim for its design. Influenced by Cubism and Art Deco elements, it is an advertisement for toothpaste (dentifrices) by Gelle Freres, a store in Paris. The enormous red head and its shadows in shades of brown captivate the viewer immediately, but the eye is drawn to the very white, bright triangle that is the figure’s mouth with its white teeth (which are left to the imagination).

In 1980, Carlu authorized and signed a limited edition of 100 reprints of this poster. This poster we are offering is number 18/100 from this limited edition.  It is hand-signed and numbered by Carlu.

Jean Carlu ( 1900–1997) was a French graphic designer and commercial artist who rose to prominence as a poster designer before WWII. During the war he spent time in the US where he designed posters for the US government promoting expansion of American production. After the war, he returned to France and continued as a well-known poster designer, with many international companies as his clients.

The longer one studies this poster, the more one appreciates why its appeal has endured. 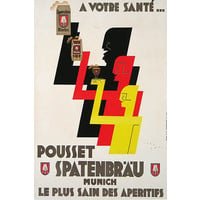 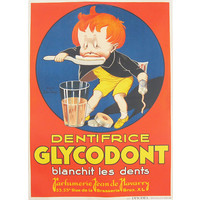 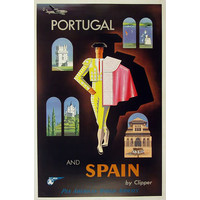