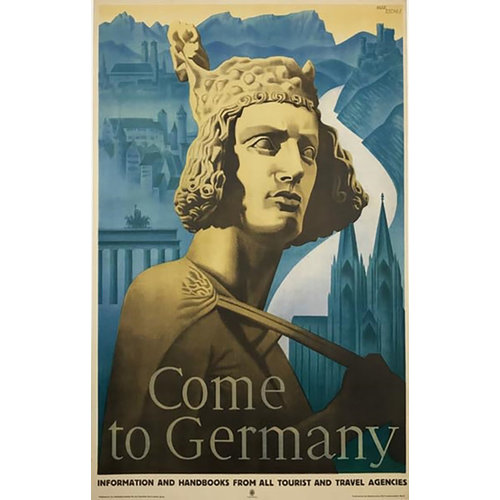 “Come to Germany” urges this boldly styled travel poster.  The imposing Medieval figure dominating the foreground resembles the statues of the Nine Good Heroes  represented by thirteenth century carvings in the Cologne City Hall.  To the right of the hero is the famous Cologne Cathedral, with the Rhine River meandering past and into the mountains. To his left is the Brandenburg Gate in Berlin, behind which, in the hazy distance, are scenes of German castles, towns and villages.  All of these spectacular sights await the tourist.

This very powerful poster drawn by German artist Max Eschle for the German tourist agency in 1935-1936 was likely aimed at US tourists planning to visit the 1936 Olympics in Berlin. Germany was primed and ready to show its greatness to the world.

Eschle (1890-1979) was a German poster designer and landscape painter.  He also designed stamps for the 1936 Olympic Games.

This poster will add interest to every room where it’s hung. 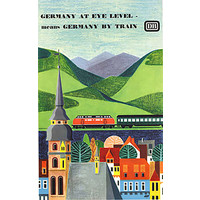 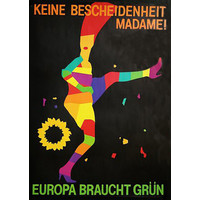