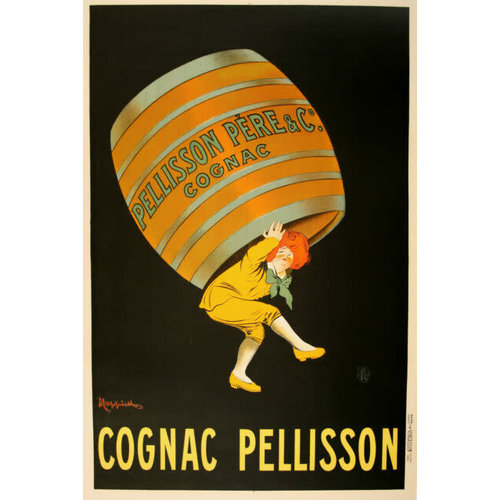 Cognac Pellisson is one of Leonetto Cappiello earliest and best-known advertising posters.   It contains all the elements of his signature style: an eye-catching, larger-than-life figure in the foreground; a dark background contrasting with the brighter colors around that figure; and an incongruous, often amusing scenario.

Here, a boy, with an exaggerated, rather silly, head of red hair, dressed in knickers with a big bow tied at his neck, high-steps along, all bent over, while carrying a Pellisson cask on his back and looking up and over his right shoulder so that we can see the anxious expression on his face.  It’s an odd, even absurd, image, given that the cask, presumably filled with cognac, is much larger than the small boy and way too heavy for him to carry.  The green and tan colors of the cask complement the boy’s dark yellow suit of clothes and his shoes and the green in the bow around his neck.  And of course, this is all in contrast to the dark background, which is one Cappiello’s signature styles.

But the overall design is charming and has obviously caught the public’s eye during the many decades in which it was used to sell a lot of cognac.  Cappiello, often called the father of modern advertising, clearly achieved his goal and garnered fame along the way.

Leonetto Cappiello (1875-1942) was born in Livorno, Italy. With no formal training in art, he started his career as a caricaturist, illustrating in journals. After moving to Paris as a young man, he published several books of caricatures before he began designing advertising posters. Early advertising posters were characterized by a traditional painterly quality. In a striking departure from this tradition, Cappiello instead used bold, brightly colored figures and designs that pop out of dark backgrounds.

During the period between WWI and WWII Cappiello worked principally in Paris and produced more than 500 advertising posters. These distinctive posters continue to be admired today and valued by collectors and art historians alike. 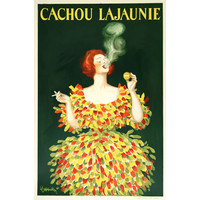 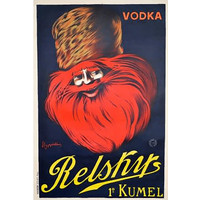