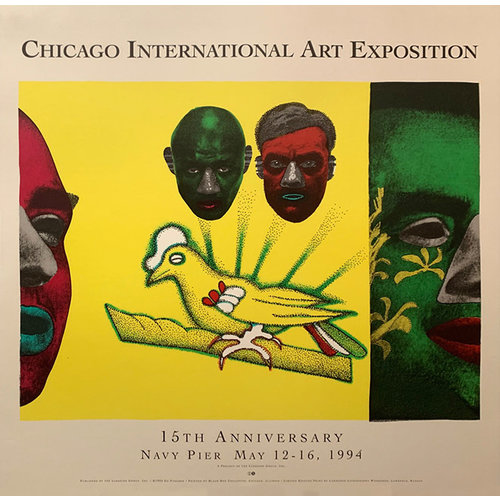 The lithograph by Chicago artist Ed Paschke titled Trabajo became the artwork for this poster marking the 15th anniversary of the Chicago International Art Exposition at Navy Pier in 1994.

Paschke (1939-2004), a well-known Chicago painter, was associated with the pop art movement and with the Chicago Imagists, a group of Chicago artists whose styles borrowed from popular culture, outsider art and Surrealism.

In his paintings of faces, he often used bold, sometimes dark, colors for different facial features, with these colors accenting the nose, eyes, ears and lips in a variety of startling ways.  Often disquieting, they infused his version of pop art with a darker vision than that of other artists in the pop art movement, including Warhol.

Those familiar with Paschke's work will recognize his distinctive style.

This is a limited edition print by Lawrence Lithography Workshop.  It was published by the Lakeside Group and printed by Black Box Collottype.

Check out our other posters from the Chicago International Art Exposition. 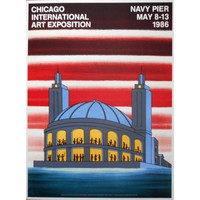 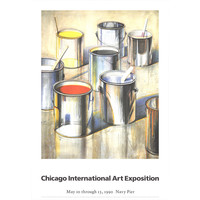 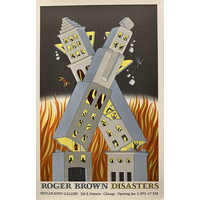 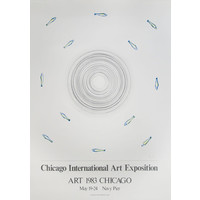 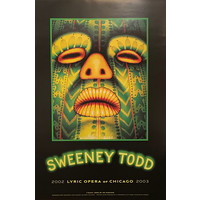