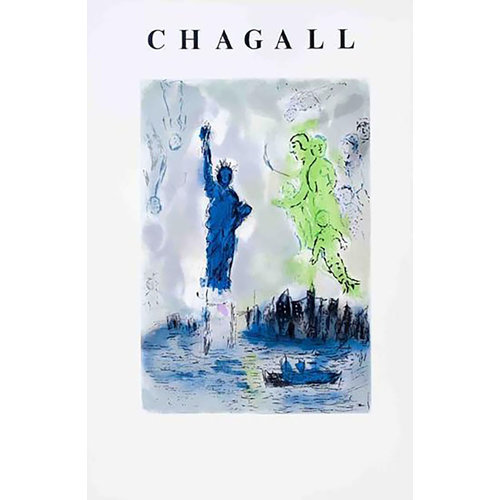 This magical and ethereal original offset lithograph by Marc Chagall (1897-1985) of the Statue of Liberty shows Lady Liberty surrounded by phantasmagorical images of spirits in the air and in a boat swirling around the statue, perhaps immigrants seeking freedom. This Chagall print was used on posters promoting the 1982 Art Expo in New York. This print, however, does not mention Art Expo; it merely says "Chagall" at the top.

Chagall, who was born in Russia but lived most of his life in France, is regarded as one of the most important and prolific artists of the modern era.  His numerous works spanning his long life reflect elements of many modernist art movements but also reveal a style all his own.  Chagall fled France in 1941 as the Nazis were invading and came to the United States where he lived until after the war when he returned to France. Perhaps he saw himself as among those spirit-like figures he drew swirling around the Statue of Liberty.

This is a hauntingly lovely and unique print, one which draws viewers in and does not let them go gently. One never tires of looking at it. 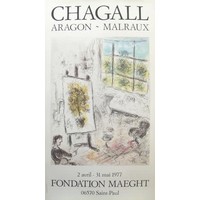