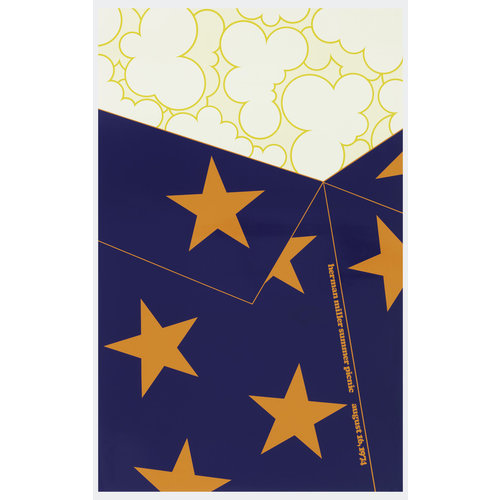 This bold pop art poster shows a box of popcorn from a uniquely different visual perspective.  We don’t see the whole box of popcorn; instead we see only one corner of the box and just a tiny bit of popcorn, with the picture drawn at an angle and appearing asymmetrical.  This unusual perspective immediately catches the eye, as do the contrasting colors and patterns.  The outside of the box, with its deep blue color and sharp, angular lines and corners, is accented with over-sized orange stars and edging, while the inside of the box is buttery yellow, with white puffs of swirly round-ish popcorn shapes outlined in gold on top. As a pop art vision of an ordinary box of popcorn, it is utterly captivating.

This poster is the fifth of twenty posters designed by Stephen Frykholm (b. 1942) celebrating the Herman Miller Company’s annual summer picnic from 1970 to 1989.

Herman Miller hired Frykholm in 1970 as its first in-house graphic designer. One of Frykholm’s initial assignments was to design a poster to promote the company’s annual picnic. That first poster (showing a large mouth eating corn on the cob) met with critical and popular acclaim, and Frykholm went on to design nineteen more of the posters in this series.

Frykholm’s pop-art-influenced posters have won him critical acclaim with their vibrant close-up depictions of the pleasures of the summer picnic tradition. 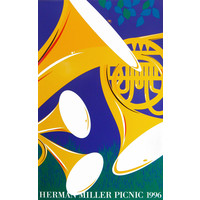 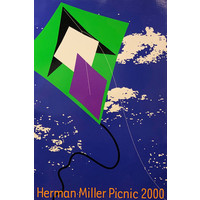 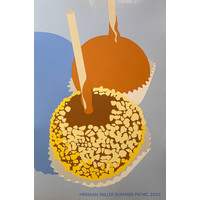